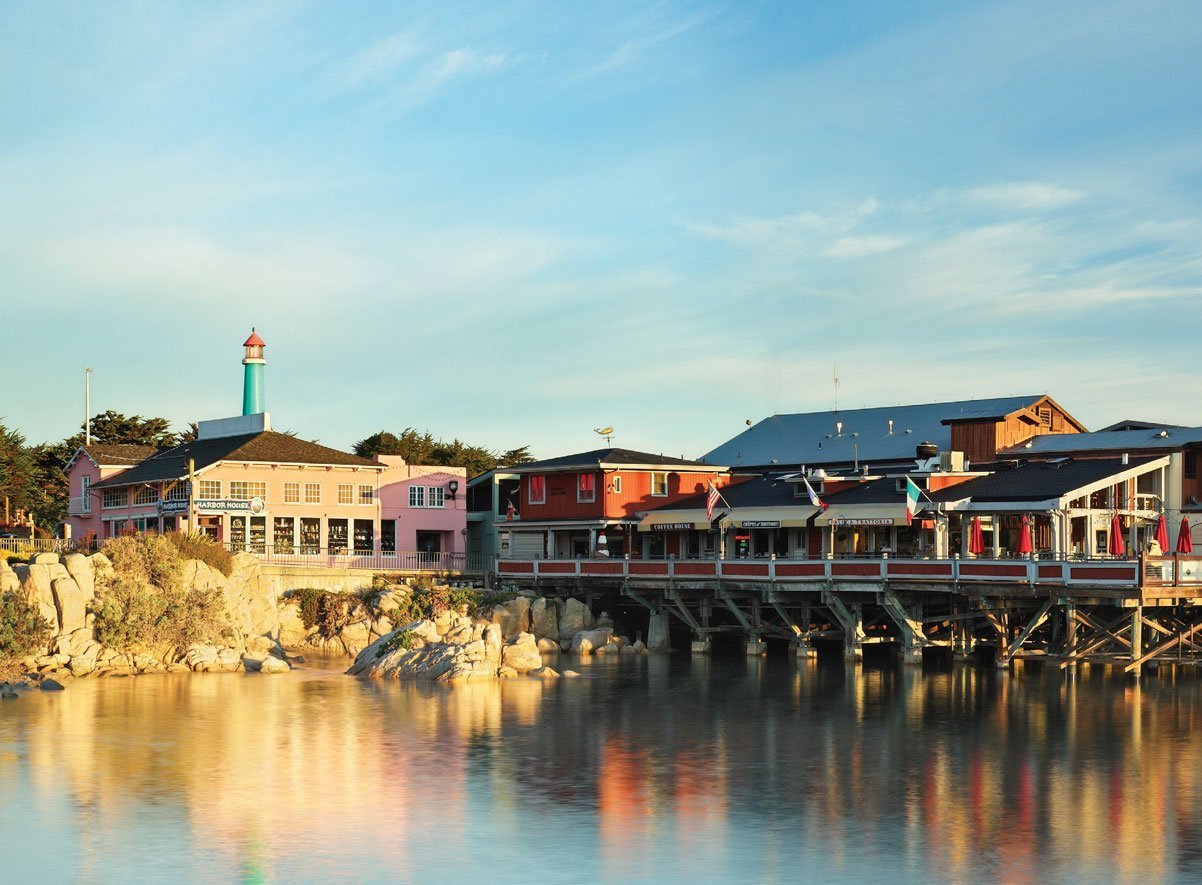 Ever since watching Clint Eastwood cruise his convertible Jaguar XK 150 down California Hwy. 1 in 1971’s Play Misty for Me, I’ve been intrigued by the rocky coast south of San Francisco. The only problem: The trip there—fly into SFO, rent a car, and drive almost three hours south—has never been conducive to a weekend getaway.

But all that’s changed with United Airlines’ recently inaugurated nonstop flights from DIA to Monterey Regional Airport. Now I can hop a flight at 9:30 a.m. and be happily eating lunch overlooking the Pacific by early afternoon (California time).

A recent trip to Monterey and its seaside environs was both a glorious reminder of the beauty of that stretch of Northern California coast and a chance to hang with my 26-year-old daughter, Katie, who’d spent a college semester studying at Pacific Grove’s Hopkins Marine Station and wanted to show me a few of her favorite old haunts.

We dropped our bags at the Lighthouse Lodge & Cottages in Pacific Grove (Monterey’s quaint next-door neighbor, seemingly unchanged for a half-century) and immediately cranked open the casement windows to let in the salty afternoon air. Ah, California! Needing to stretch our legs, we strolled to the 1855 Point Pinos Lighthouse, the oldest operating lighthouse on the West Coast, before heading on to the Monarch Butterfly Sanctuary, where thousands of the regal Lepidoptera make their homes every winter, draping the aromatic pine, eucalyptus, and cypress trees in orange and black like a Christo artwork. Then we topped off the day with dinner at Vesuvio, an elegant trattoria and bar in Carmel (where Eastwood once served as mayor, running on a platform of repealing an ice cream cone ban, and still owns the Mission Ranch, an animal sanctuary-turned-hotel that is an idyllic place to grab brunch or a cocktail). 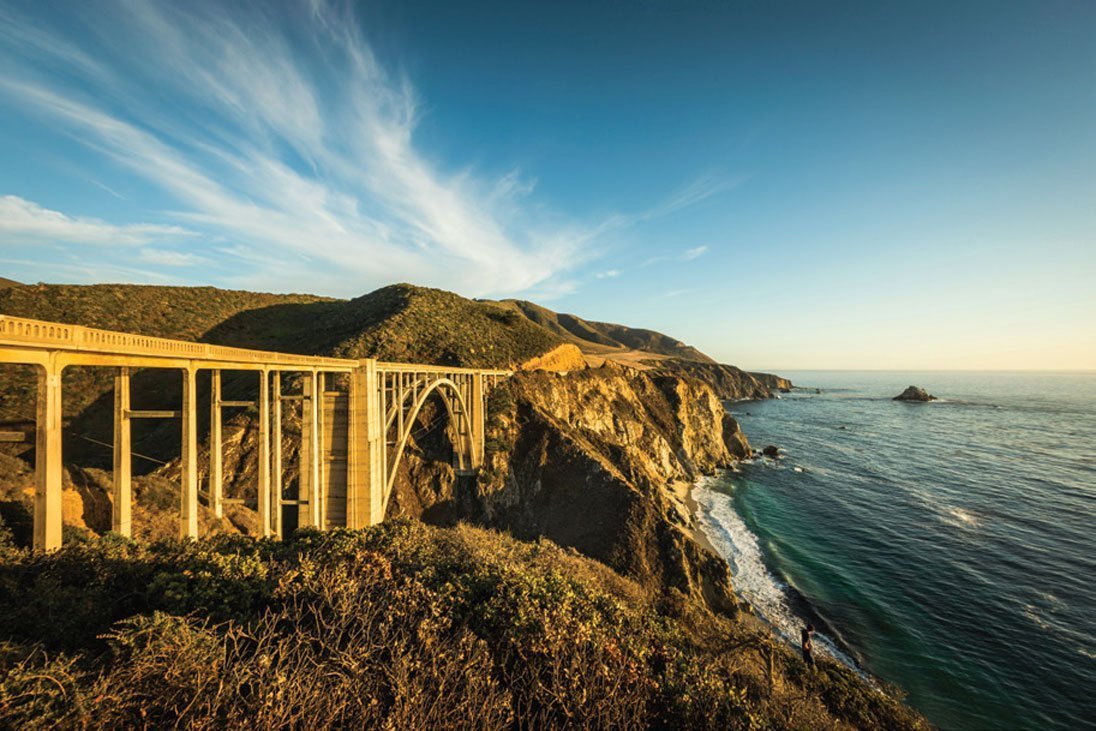 The next morning, we stopped at one of Katie’s faves, Happy Girl Kitchen, a funky Pacific Grove joint with stellar homebaked pastries and organic breakfasts, all washed down with local Verve coffee. That fueled us up for the winding, 15-mile drive south to Big Sur’s Garrapata State Park, which straddles Hwy. 1 and offers breathtaking coastal trails down to the ocean. From there, it was a muststop to continue on five-plus miles to the much-photographed Bixby Creek Bridge for an obligatory selfie with Katie, our faces beaming behind sunglasses as its towering open-spandrel arches stretched out behind us. After lunching at the equally iconic Nepenthe Restaurant off Hwy. 1, where the jaw-dropping views compete with the people watching, we stopped for a look at McWay Falls in Julia Pfeiffer Burns State Park, where water tumbles 80 feet down to the ocean. After a quick cocktail at the Sunset Lounge at the Hyatt Carmel Highlands, where we were able to glimpse whales and dolphins migrating in the distance, we took the long, twisty (and sleepy) drive back north to Monterey’s Hotel Pacific. Then we caught dinner at the greencertified Montrio Bistro, where the sustainable seafood and local organic produce (we were, after all, less than an hour’s drive from the heart of the Salinas Valley) were the perfect end to a West Coast day.

The next day allowed us to indulge our love for both history and literature—we’re both fans of Steinbeck’s Cannery Row—with visits to the Monterey Bay Aquarium, Fisherman’s Wharf, and, yes, Cannery Row. Steinbeck’s colorful fish-packing plants and bordellos have given way to t-shirt shops and food stands on the Row, but the massive aquarium deserves all the hype. We even made a stop at Katie’s former classroom at Hopkins, which felt as if it could have once been home to Ed Ricketts, the marine biologist who served as the inspiration for Steinbeck’s character Doc. Lunch was at Lucia Restaurant & Bar in Carmel Valley, where the food and the gorgeous grounds rival anything in Napa, followed by a stop at the tiny, family-owned Twisted Roots Winery, which offers handcrafted wines in its tasting room. The weekend was topped off by dinner at Monterey’s iconic, 50-year-old Sardine Factory, which has hosted a who’s who of sports figures and world leaders over the years. Like everything on this Monterey trip, it made us feel like celebs ourselves.

For more information, or to plan your own trip, visit the Monterey County website.