No party says “summer” quite like a casual, nostalgic backyard movie night. Follow this easy script: Download an Etsy invitation, throw down some blankets or quilts on the grass, add some big pillows, pop some popcorn, set out movie candies, stretch a white sheet between two trees, and you’re almost there. For the party on these pages, we went a bit more over the top, with “smartly dressed” hot dogs, grilled Mexican corn, a gorgeous array of cut-up fruit presented like a charcuterie platter, ice cream sandwiches from High Point Creamery, and fruity popsicles from Peak Pops (see recipes below). With kids running around and adults mingling, the movie you choose (suggestions to follow) is almost beside the point. Almost.

DIRECTIONS
Grill the shucked corn over medium heat for about 12 minutes, turning every few minutes. Stir together mayo, sour cream, and chipotle in adobo sauce (or chipotle seasoning). Slather 1 Tbsp. onto each grilled ear. Save the remaining spicy mayo for hotdog toppings. Place on platter. Sprinkle with Tajín Tlasico seasoning, crumbled cotija, and cilantro (or green onion). Add lime wedges.

DIRECTIONS
Bake tater tots as directed on package. Line a rimmed baking sheet with parchment and place tots in an even layer. Top with cheese and crumbled bacon. Bake for 10-15 minutes until cheese is melted. Drizzle with sour cream and top with green onion. Salt and pepper to taste.

Dress Up the Dogs

INGREDIENTS
Your choice of frozen lemonade

DIRECTIONS
This recipe is simple but fun. Make any frozen lemonade to instructions. Fill a pitcher halfway with ice, add layers of thinly sliced fruits, fill dispenser the rest of the way with ice, and pour in lemonade. Enjoy!

Serves 4 to 8 friends; depending on the friends

DIRECTIONS
Take 32 fresh mint leaves in your hand and give them a good “expression” smack. Place in bottom of pitcher. Add CapRock Vodka, Simply Watermelon Juice Drink, and Alo Exposed Aloe Vera Pulp & Juice. Stir well and refrigerate until ready to serve. Meanwhile, with a 1-inch melon baller, scoop 16 seed-free balls of fresh watermelon. Add two balls and a mint leaf to each bamboo skewer and refrigerate. To serve: Pack each old fashioned glass flush with crushed ice. Pour the cocktail steadily and directly down one side of the glass until 3/4 full. Quickly place the skewered watermelon garnish in the alcove created by pouring.

Serves 4 to 8 friends, depending on the friends

DIRECTIONS
Using a European-style peeler, create “ribbons” from six large stalks of celery. Set a small handful of ribbons aside and place the rest in the bottom of your pitcher. Thinly slice a large blood orange and layer slices on top of the celery in the pitcher. Slowly add Leopold’s Summer Gin and Lillet Blanc and top with San Pellegrino just before serving. To serve, place a few ribbons of celery at the bottom of each Collins glass, add cubed ice to top of glass, and pour in the cocktail.

Instead of making humdrum fruit salad, prepare a crudités-style platter, arranging pieces in a layered, artistic way and topping with edible flowers like chamomile.

And for the Finale…

You can make your own desserts, pull out tubs of store-bought ice cream, or do what we did: Order in ice-cream cookie sandwiches in a variety of flavors from High Point Creamery and fun summery popsicles from Peak Pops (which will even let you rent one of its cute wheeled ice cream carts for the evening). And don’t forget to set out “movie snacks” next to the blankets for later in the evening. We brought in a range of popcorn flavors from City Pop and added boxes of classic candies like Twizzlers, Whoppers, and Milk Duds. Let’s just say the kids were very, very happy.

Backyard movie ideas for the littlest ones…

The Many Adventures of Winnie the Pooh (1977)
The bear of very little brain gets into his share of scrapes, all of the innocent kind.

Bambi (1942)
A Disney animated classic, this tale of the little mule deer and pals Thumper the bunny and Flower the skunk still holds up after 77 years.

Cars (2006)
Out of the mind of John Lasseter comes this road comedy, which features some very famous voices (parents, can you pick up on Paul Newman, George Carlin, and Michael Keaton?).

Curious George (2006)
Show me the monkey! That’s the tagline for this Will Ferrell starrer, which faithfully adapts the H.A. and Margret Rey books about the mischievous ape.

Frozen (2013)
Inspired by Hans Christian Andersen’s The Snow Queen, this animated movie (Disney’s 53rd) tells the story of an intrepid princess trying to untrap her kingdom from an eternal winter.

Horton Hears a Who! (2008)
We had to have a Dr. Seuss film on this list! This one features Jim Carrey voicing the title elephant who discovers Whoville and all the Whos.

Lady and the Tramp (1955)
Two dogs—an upper-class cocker named Lady and a mutt named Tramp—meet, fall in love, and go on adventures together.

Minions (2015)
Part of the Despicable Me franchise, this comedic animated film (the third most popular of all time) is all about the little yellow creatures who serve, well, despicable masters.

Paddington (2014)
This live action animated movie tells the veddy British tale of the bluecoated bear who lands on the streets of London, where he is adopted by the Brown family.

Up (2009)
A digital 3D buddy picture about an elderly man (voiced by Ed Asner) and a young boy who tie balloons to the old guy’s house and see the wilds of South Africa.

…and for middle and older kids.

The Black Stallion (1979)
A boy named Alec is shipwrecked on an island, where he befriends a wild Arabian stallion; after their rescue and back on the mainland, they enter a race against two champion steeds.

Diary of a Wimpy Kid (2010)
Based on the popular kids’ book series, this movie tells the story of 11-year-old Greg, who faces the crises of middle school (finding a seat in the cafeteria, enduring gym class, falling out with a buddy) and attempts to become the most popular guy in school.

ET: The Extraterrestrial (1982)
A little boy named Elliott befriends an extraterrestrial stranded on earth. Elliott and his siblings work to keep ET hidden from the government while also returning him to his home planet.

Ferris Bueller’s Day Off (1986)
An epic high school slacker takes a day off from school, borrows a friend’s dad’s Ferrari and spends the day with two pals seeing all the landmarks of down-town Chicago, pursued by the dean of students.

Fly Away Home (1996)
An inventor father and his daughter discover a flock of orphaned Canada geese, decide to build an ultralight aircraft, and, with the little girl at the controls, lead the flock south on a migratory route.

Jumanji (1995)
Based on the wonderful Chris Van Allsburg children’s book, this adventure film revolves around an old board game called Jumanji, which sucks a variety of characters into its jungle adventures.

Old Yeller (1957)
A Disney classic about a boy and his adopted stray yellow Labrador dog in 19th-century Texas. The two have a variety of misadventures, including chasing off bears and a wolf and trapping hogs. Be prepared for the fivehankie ending.

The Princess Bride (1987)
A cult classic known for its snide humor, this adventure film tells the story of farmhand Westley’s attempts to rescue Princess Buttercup from the horrible Prince Humperdinck. Filled with castles, duels, kidnappings, and other fun.

The Sandlot (1993)
This coming-of-age picture revolves around a team of young baseball players in the early ’60s who do battle with a mastiff nicknamed “the Beast” and befriend a blind former major leaguer (James Earl Jones).

School of Rock (2003)
A former rock guitarist played by Jack Black is kicked out of his band and goes to work as a substitute teacher at a tony prep school, where he coaches a group of talented kids to enter a battle of the bands.

Gear up with these projectors and screens for every budget 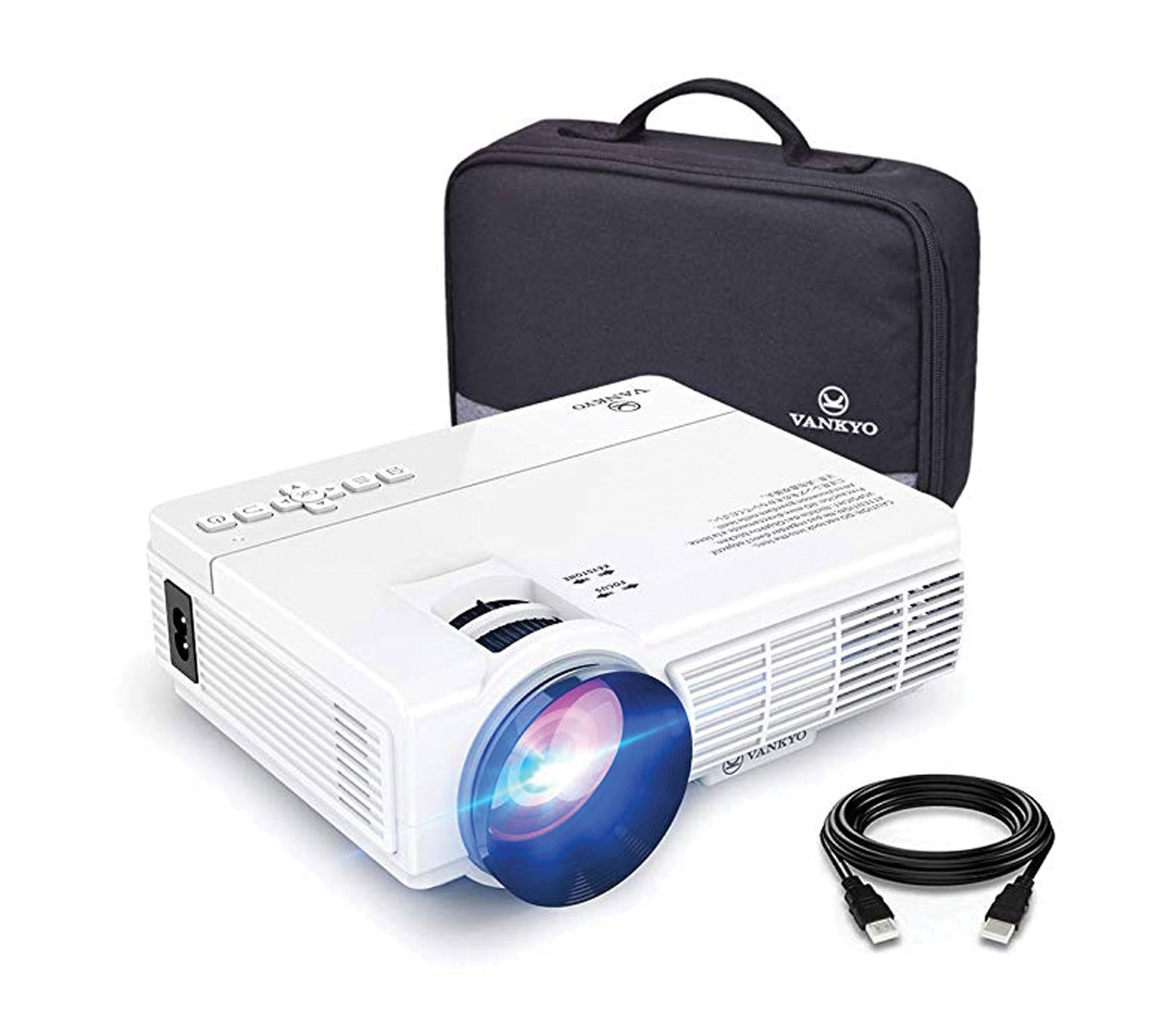 Vankyo mini projector With LED lighting (brighter than many projectors), this one can play videos, TV series, home or cinematic movies, and projects up to 176 inches. $90 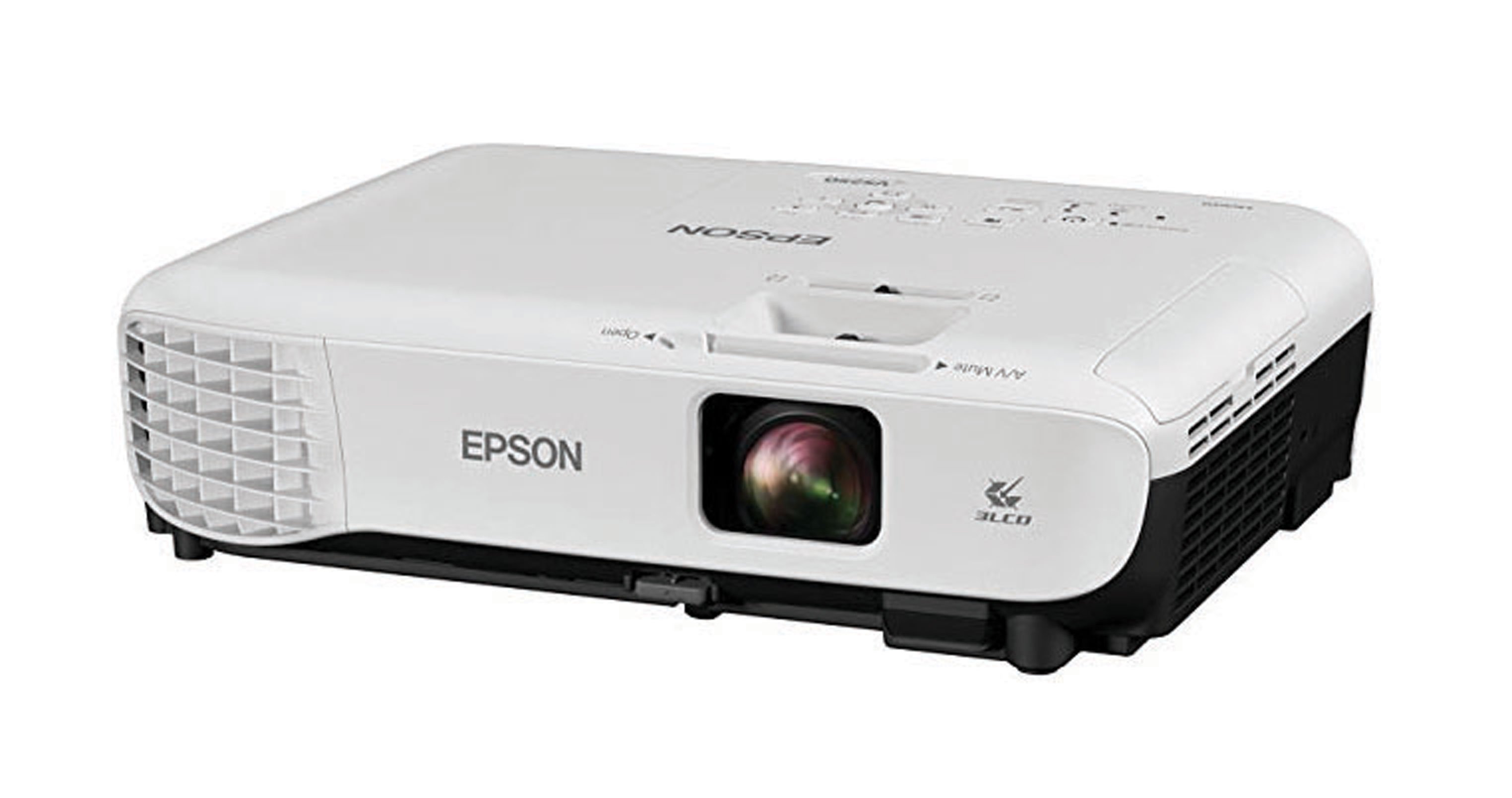 Epson VS250 SVGA 3,200-lumens HDMI 3-LCD projector This one promises sharp images and vivid color, even before the sun goes down, and is PC- and Mac-compatible. $300 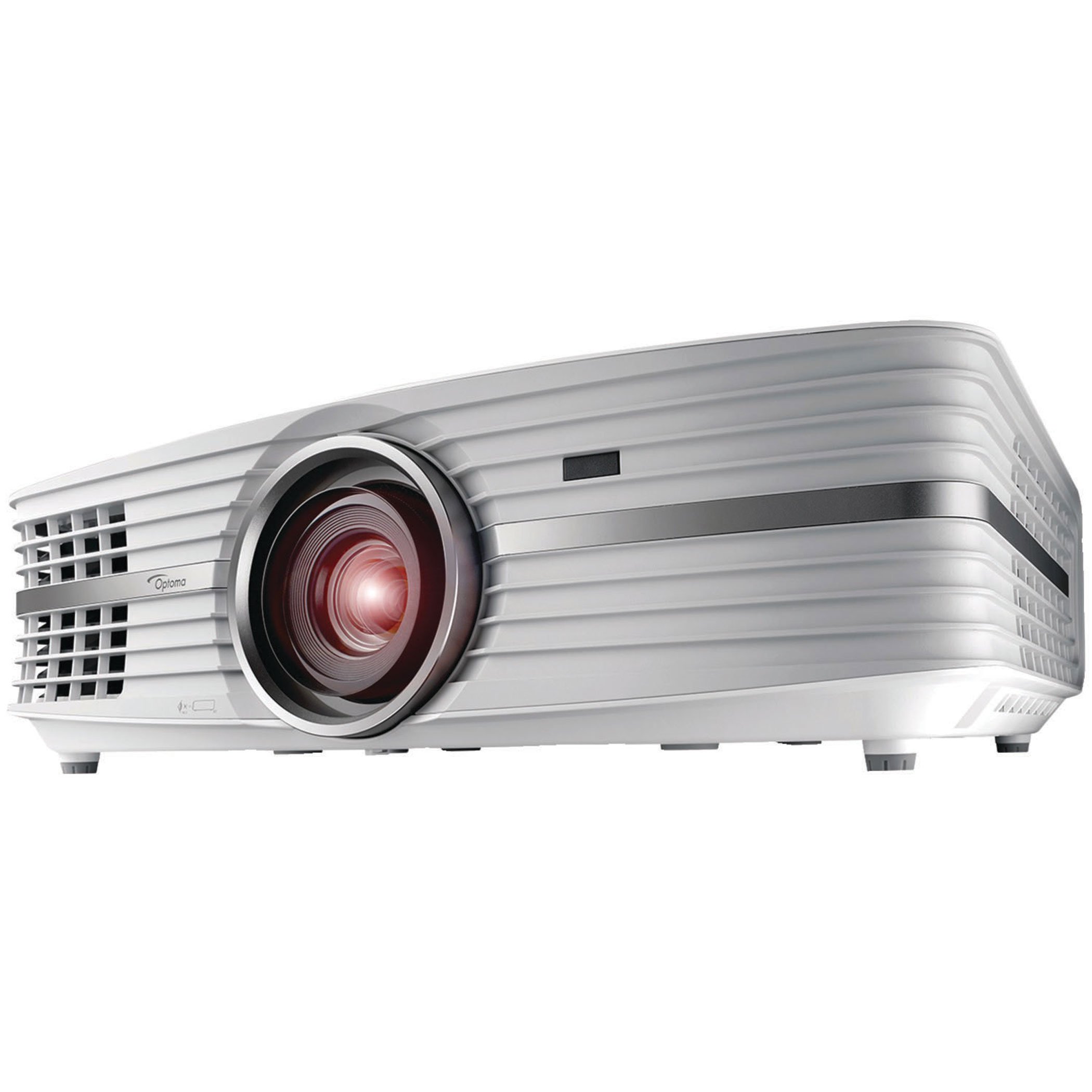 Optoma UHD60 projector What do you get for the price? Superb image quality that does a great job of filling larger screens, even with more ambient light. $1,754 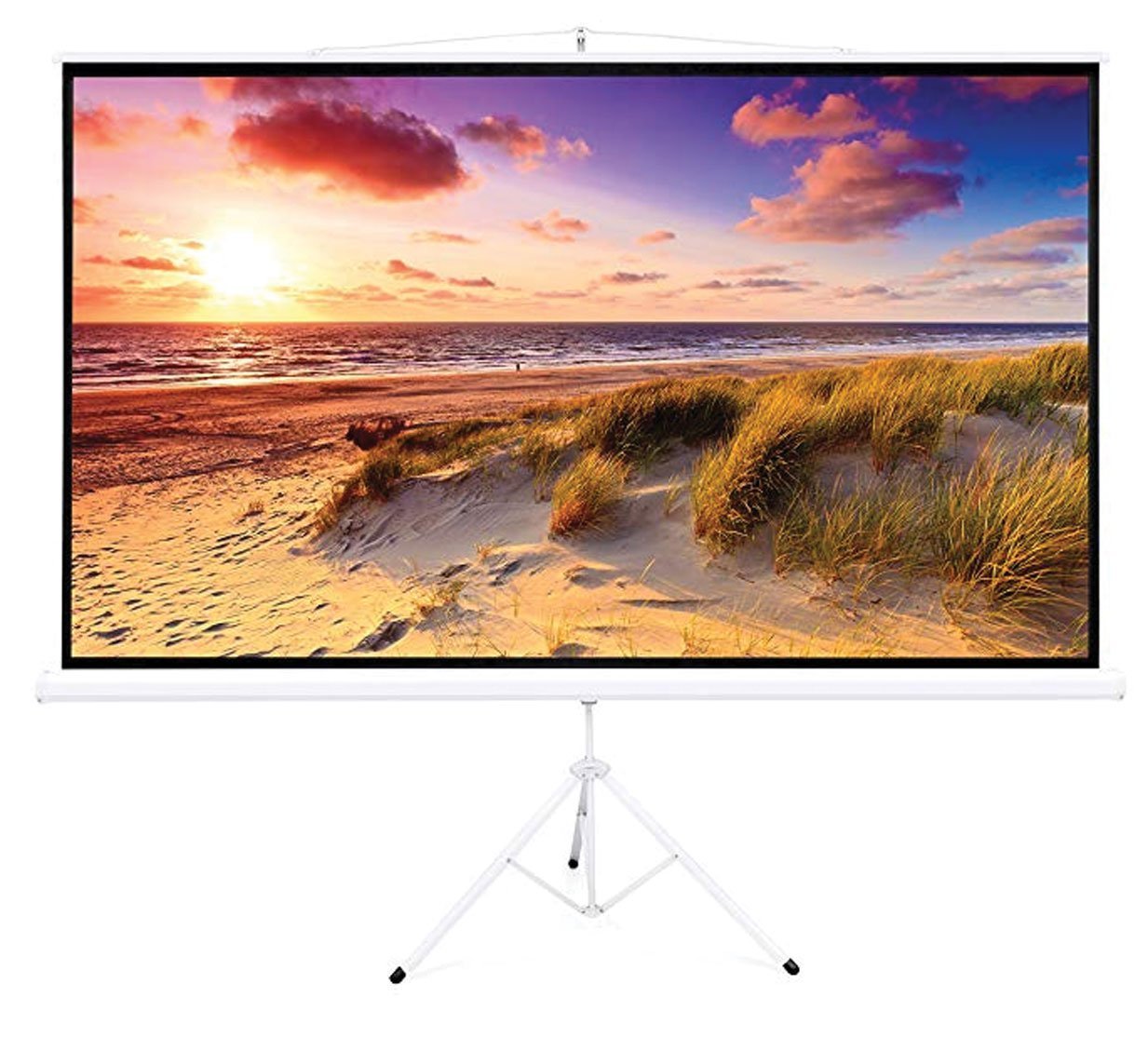 Best Choice Products 100-in portable 16:9 projection screen This screen, which comes with an 87”x49” foldable stand, is a perfect starter screen and folds away nicely, too. $43 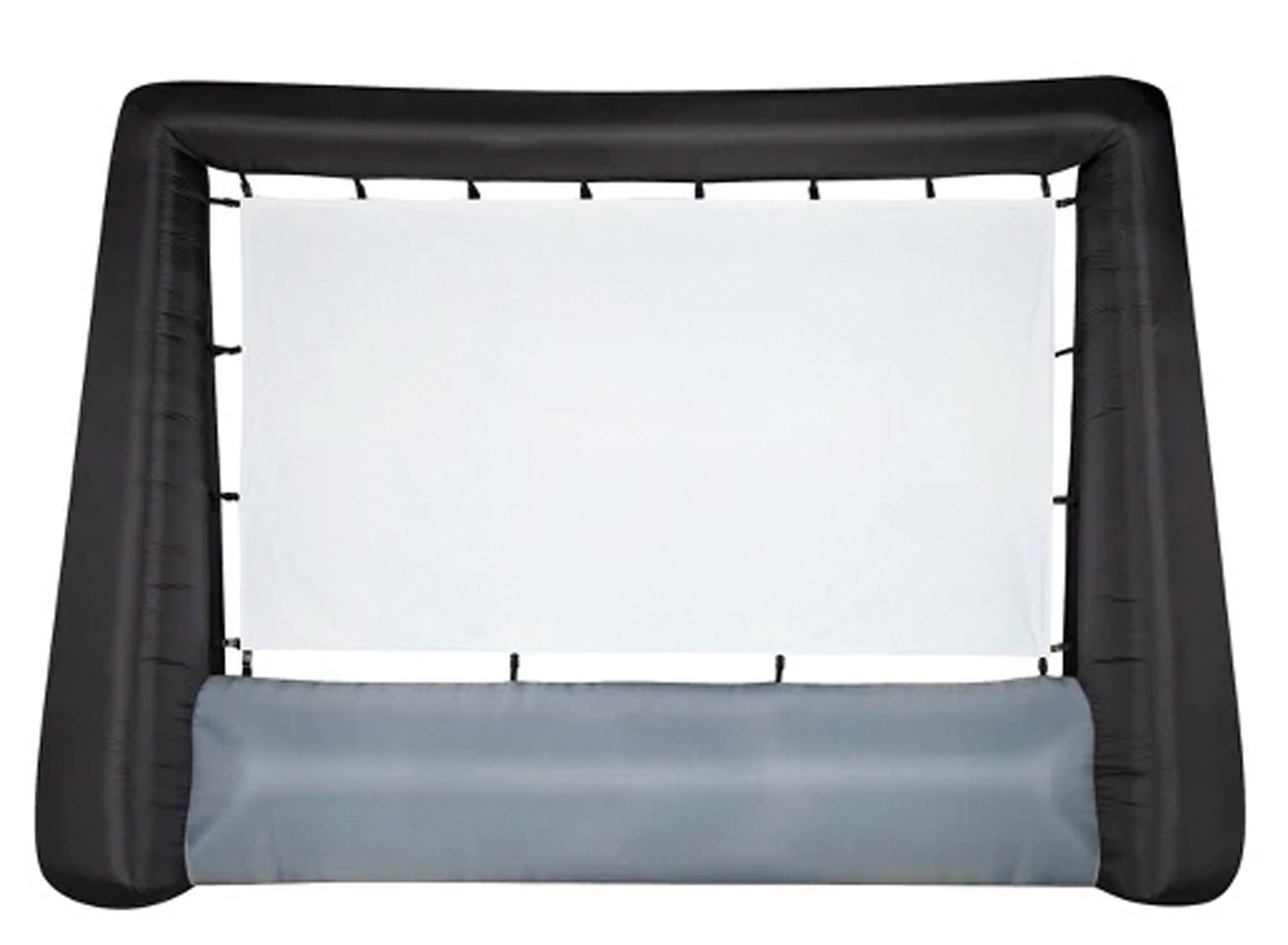 Airblown Inflatable Jumbo Tron movie screen—14.5’ These inflatable screens are all the rage because they are easy to store and quick to set up. $170 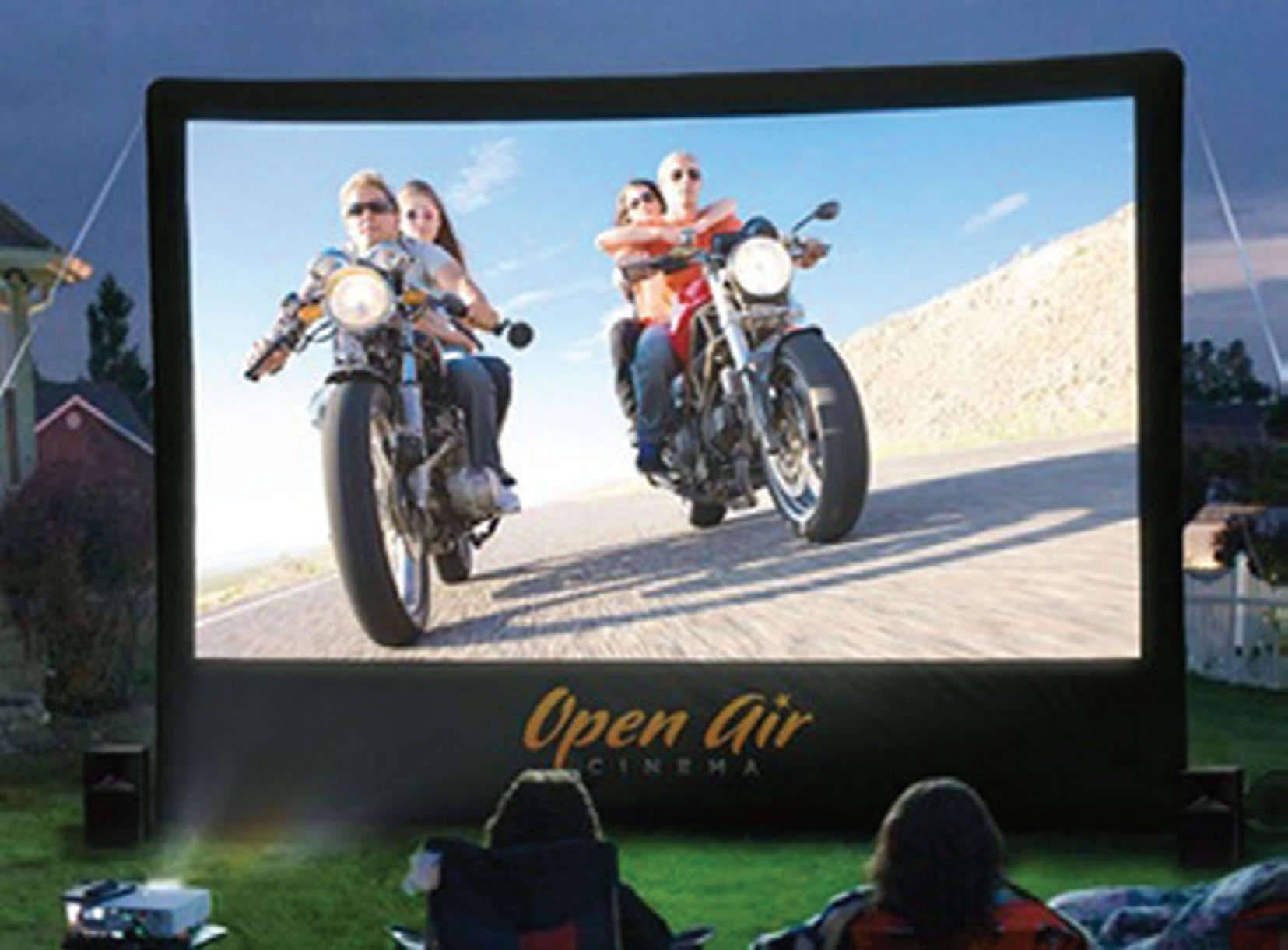