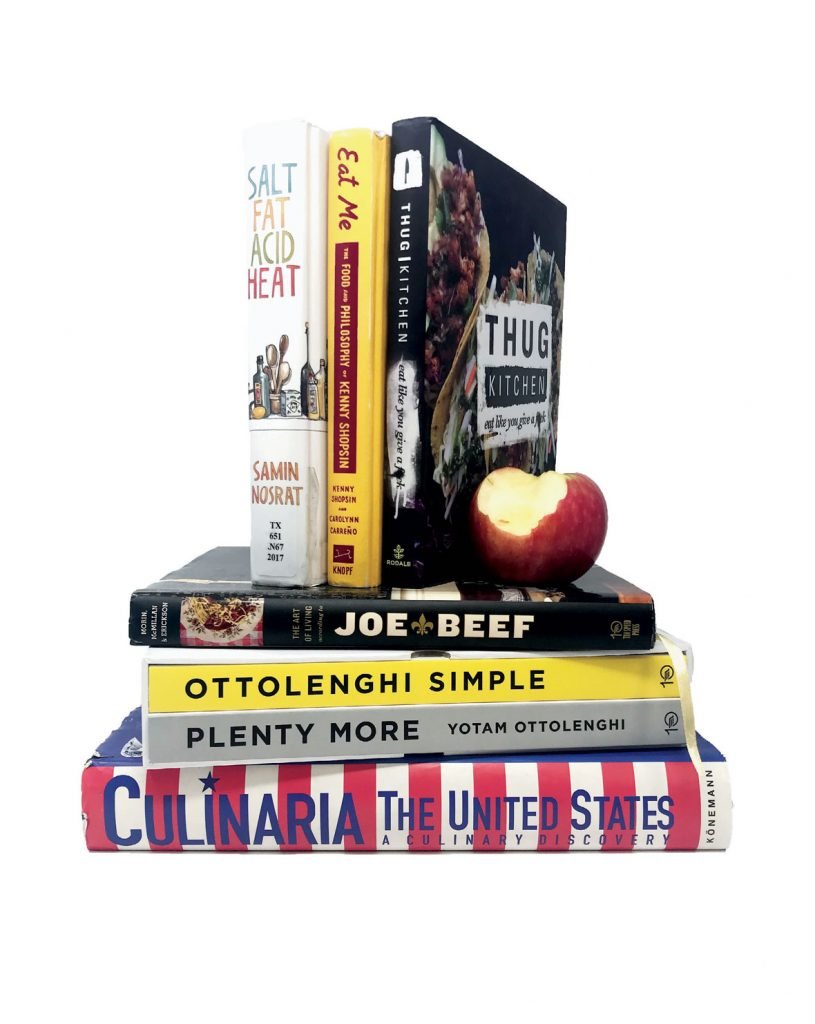 SALT, FAT, ACID, HEAT: MASTERING THE ELEMENTS OF GOOD COOKING
Samin Nosrat, Wendy MacNaughton (2017)
De la Torre: “This book inspires.” It even inspired a Netflix series. The secret lies in Nosrat’s explanation of using the four elements of cooking to make the most of whatever you’re preparing.”

THE ART OF LIVING ACCORDING TO JOE BEEF: A COOKBOOK OF SORTS
David McMillan, Frederic Morin, Meredith Erickson (2011)
“This book has great stories, great recipes, and talks about having a good time.” It’s a wild ride from each hilarious anecdote to every unique and dramatic recipe from the Canadian restaurant Joe Beef.”

CULINARIA: THE UNITED STATES: A CULINARY DISCOVERY
Gary Chassman, Randi Danforth (1998)
“Culinaria books are essential if you want to delve into a region’s cuisine and learn about its history.” A hybrid recipe book/journal/encyclopedia, this volume embarks on a culinary exploration of the U.S. and offers extensive explanations of the many different regions and foods.”

THUG KITCHEN: EAT LIKE YOU GIVE A F*CK
Thug Kitchen (2014)
“The recipes are fantastic and make a carnivore like me excited
to try anything they put out.” As the title suggests, this cookbook focuses on making eating healthy at home fun and straightforward; it also aims to keep your meals affordable.”

EAT ME: THE FOOD AND PHILOSOPHY OF KENNY SHOPSIN
Kenny Shopsin, Carolynn Carreño (2008)
“If you have ever been to his restaurant, Shopsin truly is the
irascible curmudgeon that you see in the book.” This behemoth
of a cookbook contains over 900 recipes interwoven with Shopsin’s culinary philosophies.”